Alcoholism Ended With Water Cures: Getting My Life Back

Based on a letter from D.E., California

This is the story of how D.E.'s alcoholism ended with water cures.

Alcoholism Ended With Water Cures: Getting My Life Back

An alcoholic since her 20's, now 35, DE ended up with out resources in a new city and with a son to care for.

Returning to Alcoholics Anonymous, the decision was to stop the agony again. At the same time, DE's father gifted the book, Your Bodies Many Cries For Water. Along with the book was the admonition to use the information to the full. And that advice was taken, as if it were, "unexpected deliverance -- like the hand of God."

The first amazing thing learned was that water can quell the cravings for alcohol. It became apparent that alcohol is in reality, a thirst signal. The response which became a habit, give the exact opposite of what he needed. Alcohol dehydrates the body.

Being an alcoholic was like, "a dog chasing' its own tail."

It was possible to take care of the activities of daily life on starting to maintain water intake and eliminating caffeine. It was also possible to start caring for her family.

The first thing she was able to do, rent and load a truck and move from Las Vegas back to California. This would have been an impossibility before the water cures. Then on getting back, work as a beautician was secured and the most important work, raising a son was now given attention.

Although life still has its problems, alcohol is not one of them for D.E.

Maintaining adequate daily water intake is essential to rebuild a life and views altered by the use of alcohol.

D.E. also noted some additional health improvements. With the poisoning that alcohol consumption causes, there usually comes weigh gain and premature aging. "I began to look puffy and pallid." she said.

On re-hydration, the weight started to disappear and my figure returned to that of my younger years. Her skin returned to its youthful vigor.

These changes caused her to get a new lease on life.

More on Drug and Alcohol Addiction 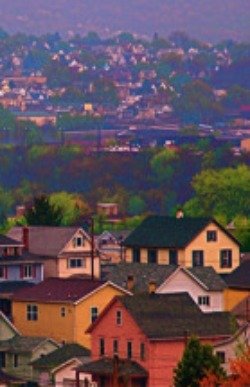 There is no place like home, that is, if we have our heath. This includes our best mental health.

The water cures protocol helps us to have our best health, thus having the best mental health.