When it comes to addiction alcoholism drug treatment, water cures is one of the quickest and easiest ways to end the addiction and eliminate withdrawal symptoms. If you want the skinny, skip to the section The Herxheimer Reaction followed by the HOW and Why Water Cures works.

When the human body uses drugs, sugars, alcohol or certain foods, the body adapts in a way that it lessens the effectiveness of the substance. This is called drug tolerance. At the point we become drug tolerant, our bodies start to have physical dependency on the chemical.

Once dependent, we may experience withdrawal symptoms if we discontinue the substance we are dependent on. These symptoms could be the opposite of what we experience when on the drug or the chemical substance.

The withdrawal lasts as long as it takes for the drug to leave the blood stream. It can happen in a few hours or may take several days to appear.

Other symptoms include the desire to obtain and use the drug again. Withdrawal can cause life threatening side effects. It should only be done under a doctors supervision.

Many using Water Cures have found that they can avoid withdrawal all together. This is because of how fast our bodies can repair themselves when given the proper and required nutrition, hydration and electrolytes.

Effects of Drug Addiction Consider the spirit, mind, and body interrelationship to addiction.

Continued use of drugs, alcohol, sugars or certain foods causes our bodies to rewire itself. The neurological circuits actually change.

Additionally, there are chemical messengers called neurotransmitters that work between the ends of the nerves. They are like keys and only fit into their receptors. The drugs, alcohol or sugars we put into our body can mimic or interfere with the way our brain functions.

When the addictive substance is discontinued, the body does not know how to react to the abnormality. So, it rebels. Thus, the withdraw effects.

Physical dependence does not mean a person is addicted.

The Herxheimer Reaction: Our Postulate

Here at Water Cures, we believe that there is a second reaction that takes place at the time of withdrawal symptoms. The Herxheimer Reaction also is the result of the withdrawal.

Normally the reaction is considered the result of immune system response to large amounts of pathogens killed off in the body. Since the body cannot eliminate the toxins fast enough, the symptoms get worse or new symptoms are produced. While it may seem like a person is getting sicker, in reality, they are healing.

The Herxheimer Reaction (also known as Herxheimer Response, a Herx Reaction or healing crisis, detox reaction, or die-off syndrome) could explain the process of the body detoxifying the chemical substances as they are eliminated from the body. This is probably why research points to detoxifying the body as helping diminish the effects of withdrawal.

Before you read on, stop and check out these two testimonials.

One, the water and electrolytes help to dilute the chemicals in your body and, as they are replaced at the cellular level, water cures helps the body expel the offending chemicals.

In the case of food addiction, it helps turn off the histamine response in the stomach that foods bring on resulting in a good feeling. It replaces the abnormal good feeling with the proper good feeling for the body.

A second way, it accesses a form of cellular memory that our bodies have. One such memory is called the Hoskins Effect. First identified in the book, The Original Antigenic Sin, the Hoskins effect is the immune response that occurs when B lymphocytes get exposed to an antigen that is closely related but not necessarily identical antigen and the antibodies that are created react more like the original exposure response than a new response.

There is a form of muscle memory that the top athletes tap into in order to succeed.

When exposed to the detoxifying effects of water and the electrolytes that get the water to the cellular level, the cells of our body want to revert to their normal healthy state (cellular memory). It is the chemicals that cause the abnormal state and elicit the feelings that perpetuate the addiction.

In the case of nerve cells, the neuro-transmitter has a key and lock abnormality that is corrected. Once it is fixed, the nerve cells revert to their normal function.

It is the tolerance, dependence and then addiction that causes the abnormality at the cellular level throughout our bodies. The water cures helps to reboot our cellular programing to the normal function. Think of it as reset button on the cellular level.

One study found that using unprocessed salt, it was possible to increase the bodies intercellular glutathione. This is the bodies master detoxifier. It helps the body clear toxicants as well as intoxicants. 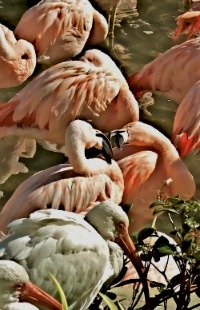 No matter who you are, there is someone who cares for you. You are not alone. That someone is there for you when you are ready to take control of your life.

Water Cures will be here for you too, to help you get your life back.