To consider the question 'What Does Affirmation Mean?' takes us first to the definition of the word affirmation. 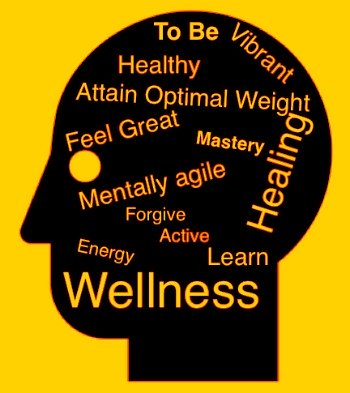 One dictionary defined affirmation as the action or process of (verb) stating something as a fact; assert that statement strongly and publicly, or declare one's support for; uphold or defend something or accept or confirm the validity of of (a judgment or agreement).

It is also defined as emotional support or encouragement.

Additional definitions include Statements which affirm something to be true.

The applications of these words and what they can accomplish in our lives when used, are founded in science. Consider the placebo effect. One study on placebos found that simply having caregivers caring resulted in greater outcomes than those who were given treatments void of any emotional support.

In this context, affirmations mean a phrase or phrases that you repeat to yourself that define what you want to be, do or accomplish.

Our brains are problem solving computers. When we say the affirmations, our brain tries to fill in the disparity between what we say and what we are.

One school of thought, rather than saying you are something (I am ....), consider saying I choose to be..... This makes your affirmation statement totally honest. It makes your statement a problem to be solved, in that you are not yet what you choose but it makes it a job to be done. By doing so, your brain goes to work to help you fill your choice at a subconscious level.

Rather than repeating some canned affirmation made up by someone else, create your own. This way it will be authentic and from your heart, your innermost self.

It may take a few hours or a few days. Your affirmation may change as time goes on. You may add to or take away from the affirmation.

In time, your mind will cause you to fill in the blanks and help you to progress toward the fulfillment of the affirmation. Your affirmation will become your reality.

Simply put, we attain that which we think about. If you think you cannot do something, guess what, you will not be able to.

I said for years, "I can't paint," even though an accomplished artist getting thousands of dollars for my art work. Then one day, challenging that thinking, to my surprise, I could paint. Not only could I paint, one of my last sales, 'One-thousand Twolips' which sold for a few thousand, was resold in 2017 for double that price. If it could work for my physical abilities, how much more could it work for things like our health.

This is a great way to eliminate negative and or limiting thoughts.

Most importantly, when it comes to our health, we can improve our health by our thoughts.

This has been reported on in medical literature through the years. Our minds have the ability to heal ourselves. This ability only works if we tap into the power we have.

There have been research on exercising. One group exercised and the other group only exercised in their mind, but not physically. Those who did the exercises in their mind had a 13-15% increase in strength. This was a physiological change that happened from the mind, not any physical action.

There have been similar research on bowlers, basketball hoop shots and others. They all noted the same results, an overall improvement equal to those who practiced. Yet they did not do anything physical to get the improvement. It was all in their head.

When you create and repeat your affirmation over and over, your subconscious brain starts to work toward fulfilling your words.

More on the Brain and Mental Health

Go To The Top of What Does Affirmation Mean